Today a lovely little surprise came in the mail, a little coaster of Sicilian Drawn Thread Work '700. It's done on super-fine linen with what appears to be Pearl Cotton thread. The netted ground is made by withdrawing both warp and weft threads and wrapping the bars. The designs are executed in a Darning Stitch. The piece measures 4.25 inches squared. 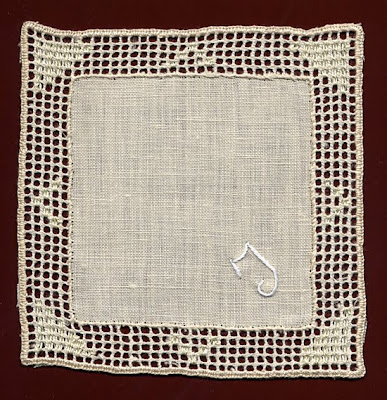 Sicilian Drawn Thread Work dates back to the late 14th century and today falls into three main categories: '400, '500 and '700.

'400: designs are executed in the Linen Stitch on a netted ground described above. 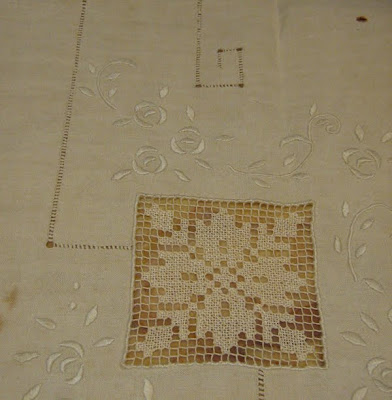 '500: designs are executed by constructing the netted ground around motifs formed by cutting away the ground fabric and then outlining them in overcasting. This is a piece of '500 that I talked to you about in a previous post: 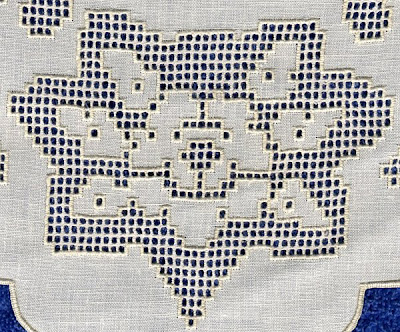 ('500 can also be reversed by executing the overcasting around a voided design area.) Here is a little example I did at the Italia Invita Workshop by Giovanna Gurrieri in 2007: 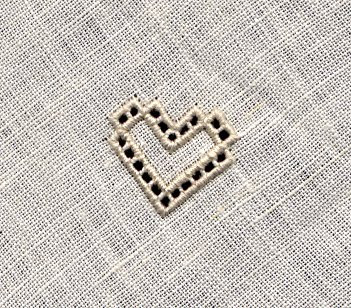 '700: motifs are darned onto a netted ground, described above (my little coaster would be an example of '700).

There were also two other categories of Sicilian Drawn Thread Work, the '800 and '500 Vittoria but I'm told that these types have all but disappeared.

The Anchor Manual of Needlework has a little section on Sicilian Drawn Thread Work but there is not much in the way of books on the subject. If you're lucky enough on Ebay and can afford the crazy prices, you might look for Lo Sfilato Sardo e Siciliano by Amelia Brizzi Ramazzotti published in the early 1920s. An excellent didactic booklet for making the netting from the ground fabric is: La Rete A Sfilato Eseguita Su Tessuto by Liliana Babbi Cappelletti. I don't see the English version on Elena's website Italian Needlecrafts, but you may want to write to her, or if the English version is out of print, then the Italian Version can be found at Tombolo Disegni (click on Libri/Books, then Libri/Ricamo, then Ricamo Italiani and send an email request to order - it's no. 6 in a listing inside a box with no photos near the bottom of the page).

Annalisa has posted a great tutorial on her blog of how to get started by making your basic netting ground. She will continue with a later tutorial of how to do the stitching of the motifs. She has kindly posted my English translations under the Italian.
Posted by Jeanine in Canada at 3:16 PM