One day back in the spring of 2011 I received an email from a Canadian reader who was looking for someone to teach her travel group an Italian needlework technique while they were on holiday in Italy. They planned to go in the fall of 2012, rent a place to stay and wanted a teacher who spoke English to come and teach them.

I suggested a few names and sent a few emails but the reader had some medical problems which ended up preventing her from making the trip as planned and I didn't think much more about it. Then in the spring of 2013 the same reader contacted me again saying she was all healed and was trying again to organize the trip she had been planning before.

Her group were stitchers of varying levels of experience and they liked to travel to different countries and learn a local needlework technique while there. They had already travelled to places like Ireland, Scotland, England and France.

They had rented the Villa Saraceno near Verona and this put me in mind of Anna Castagnetti who I have mentioned a few times here. The trip was planned for the spring of 2014.

I'm delighted to say that Anna was available and she put together an introductory class on the cutwork part of Punto Antico for the ladies. Anna also took the group to the Don Mazza museum in Verona where they were delighted with the fantastic needlework collection there. 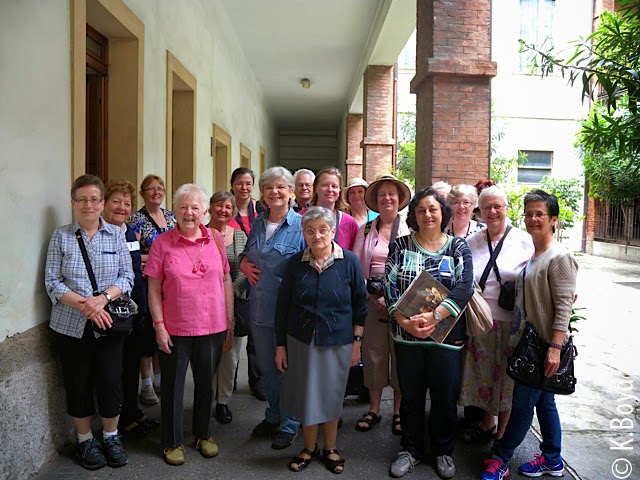 I received equally enthusiastic emails afterwards from both the reader and Anna about the whole experience. It seems it was a marvellous time for all involved and I'm very happy to have played my part in it! Many thanks to the ladies for sharing their experiences with us!

Posted by Jeanine in Canada at 9:39 PM