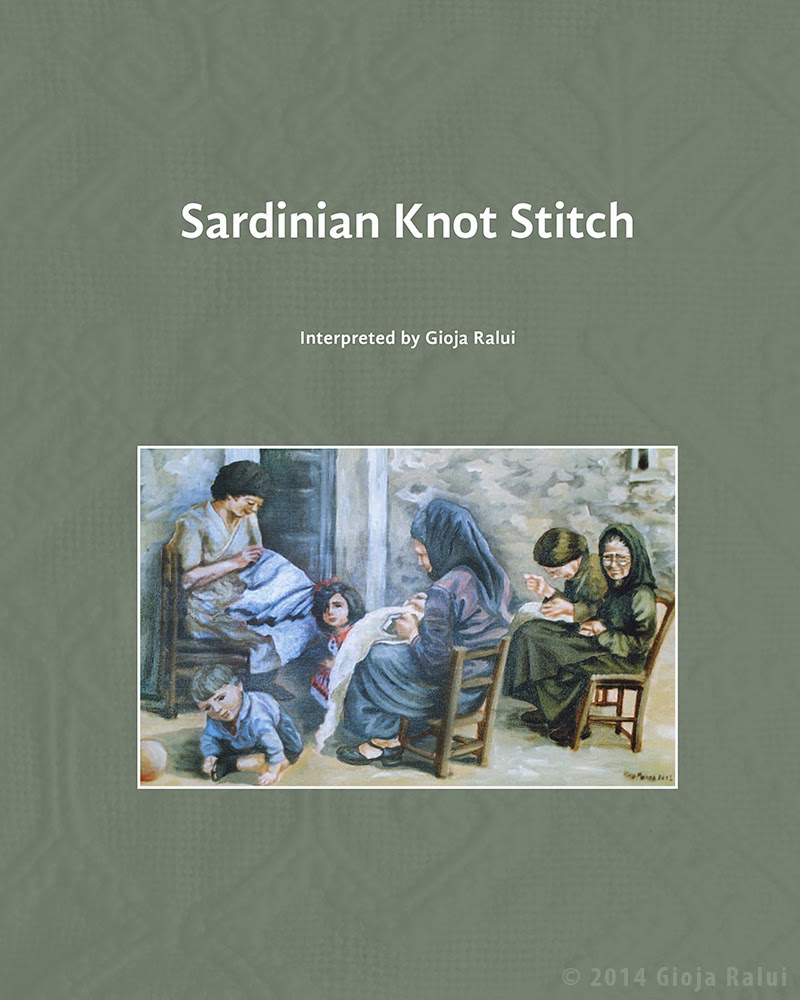 As I told you here, I've been working on a book on punt'e nù, a counted thread needlework technique from Teulada, Sardinia. In that previous post, I told you that I'd let you know when the English version was available... so it is now!!


I've checked and Sardinian Knot Stitch is already available to order on amazon.com and amazon.co.uk and the other amazon websites will show it in the days to come.


Sardinian Knot Stitch is the collaborative effort of four stitchers who set out to learn more about this beautiful needlework found traditionally on men's folk costumes from Teulada. The back cover above shows a close-up of the richly embroidered collar and just above you can see the cuff of a man's traditional folk costume shirt (click on the images for a closer look).

The book is 70 pages and covers some historical background along with technical instructions, some traditional patterns and then a few non-traditional projects of varying levels of difficulty, this being the most complex:


Sardinian Knot Stitch is intended as a beginner's approach to the needlework. As punt'e nù has traditionally been local to Teulada and handed down by word-of-mouth, there has been very little written about it.

There is a group in Teulada now who has been working to bring this and other embroidery typical of the area to light with needlework shows exhibiting non-traditional pieces adorned with punt'e nù like towels, tablecloths and other household and personal linens. For more information about this group and/or visiting Teulada and seeing this work, contact the owner of this blog.

If you happen to be vacationing in Sardinia right now, on August 5th there is an exhibition in Teulada: 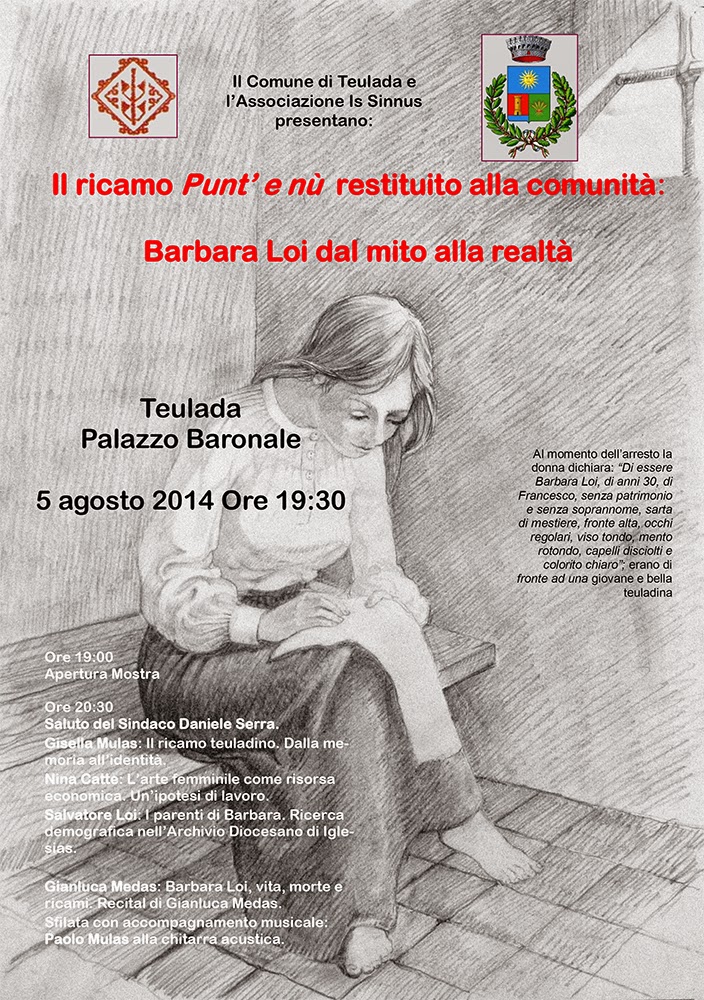 If you get to go, will you leave a comment below?