Almost a year ago I was contacted by a lady from Sweden who is the grand-daughter of a lady named Elsa Peterson who started a lacemaking company in Vadstena in 1920. Today the company is run by the lady who contacted me's 90-year-old mother and she was interested in reproducing some old patterns so that they would not be lost.

Now, there was a highly skilled designer/lacemaker named Aurore Ingelotz who lived in Vadstena from 1889 to 1893. She specialized in making designs for the church. In 1895 she made and sent a lace altar cloth to Santa Brigida Church in Rome. Now St. Bridget of Sweden came from Vadstena so you can begin to see the connection. (Aurore's work was so good, some of it was selected to represent Sweden at the 1893 Chicago World Exposition.)

Well, back to our story. Some of Aurore Ingelotz's patterns were recovered from an attic and found their way into Elsa Peterson's possession. Here you can read (with the aid of Google Translator if you don't speak Swedish) the fascinating story of the research behind these patterns done by the lady who contacted me.

While doing her research, this lady was trying to find out if the lace altar cloth sent to Rome in 1895 still existed. We contacted Santa Brigida Church to find out that yes, it was still there and was used and exhibited once a year during the celebrations of the canonization of St. Bridget on October 7.

As I was going to be in Rome at the time, I offered to try to see if I could get some photos of the altar cloth or at the very least, go to see it for myself. The sisters of Santa Brigida also took some pictures in the meantime and when we visited they were very kind to let my friend and I have a few minutes after the ceremony alone at the altar to take a few photos. 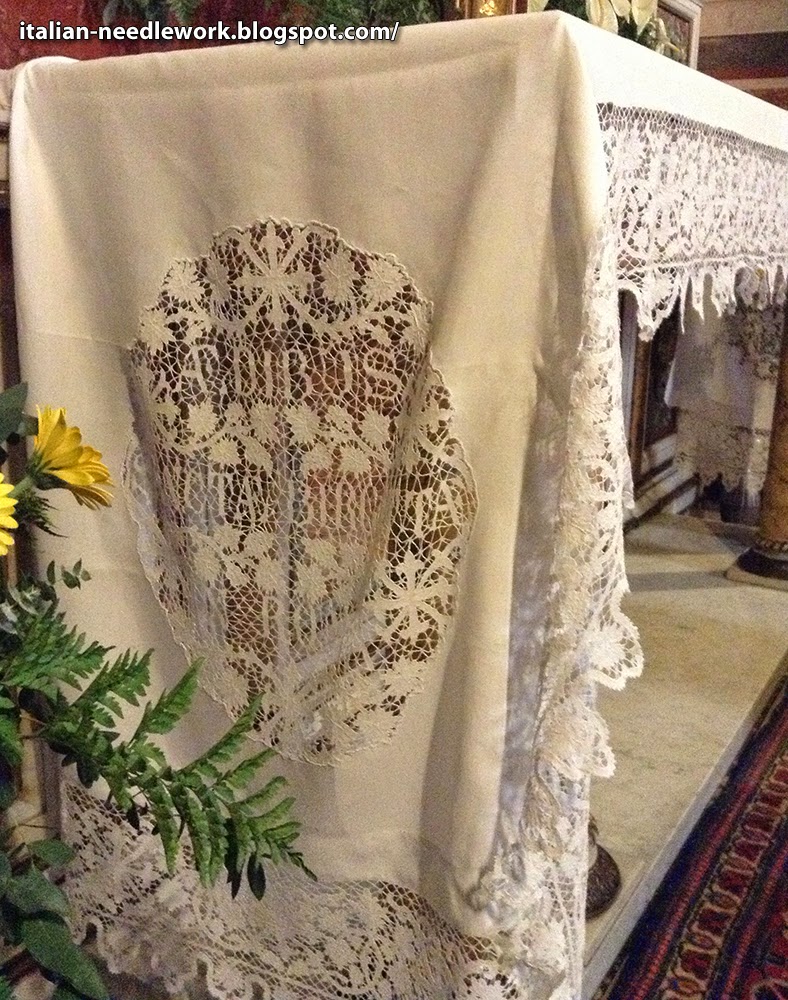 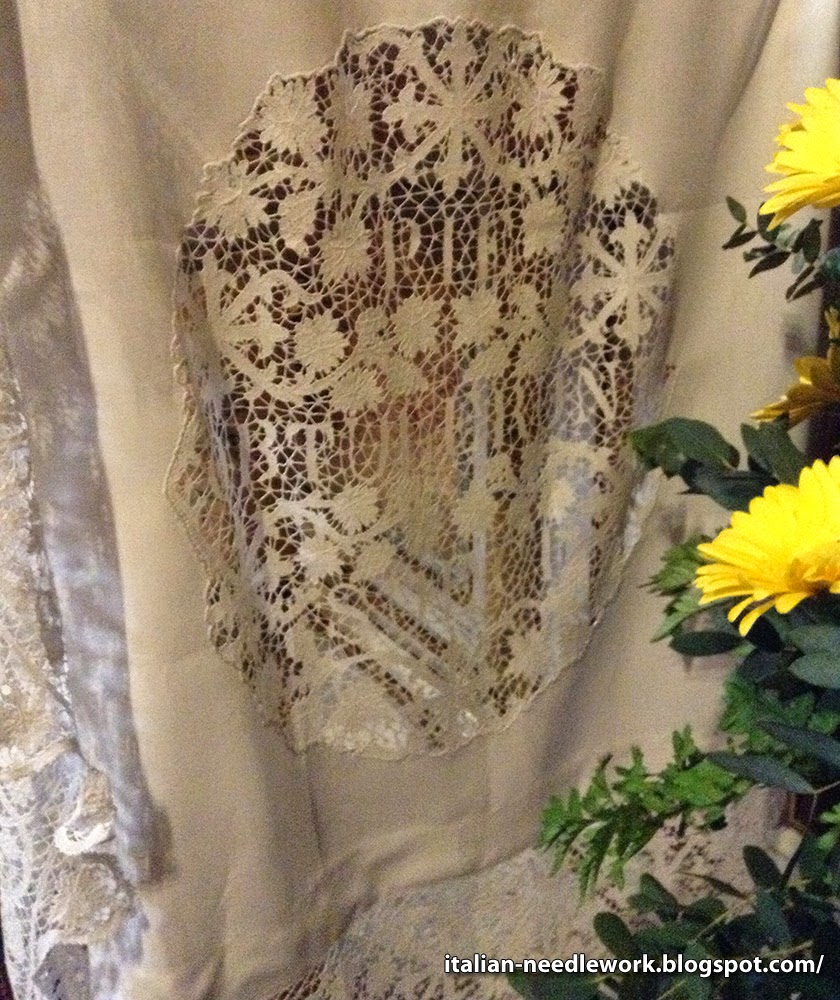 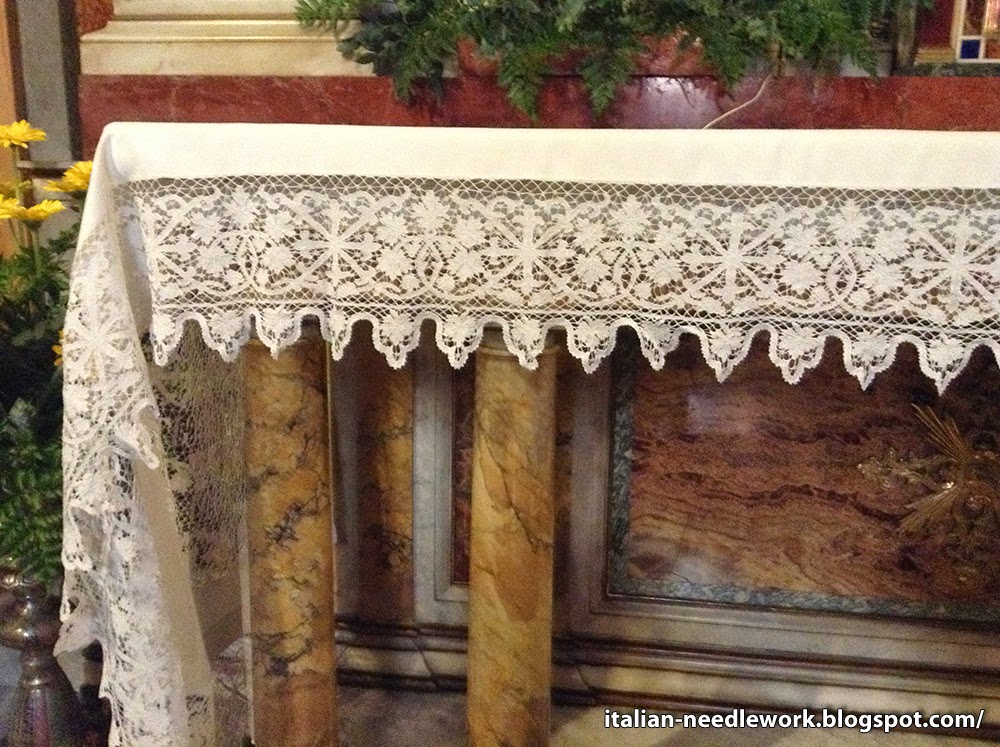 The altar cloth is 4.4 meters long and 1.3 meters wide, at each end there is a medallion (two different designs) and there is a lace border of 20 cm wide.

You can see more about this altar cloth here. See the display of the patterns in the shop window here.

Thank you very much Karin for letting us share in your adventure!