I'm sorry, I've been very busy and unable to post for days. It may be a couple more days before I can get caught up so in the meantime, I want to share some photos with you which were sent to me by the fabulous Claudio at the Ning group MI1906 of postcards that he has in his collection.

Claudio tells me that there must have been at least 40 postcards in the series, so far he has collected about half that amount. 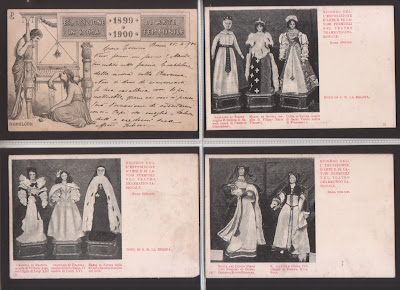 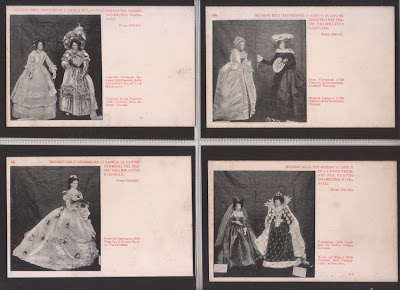 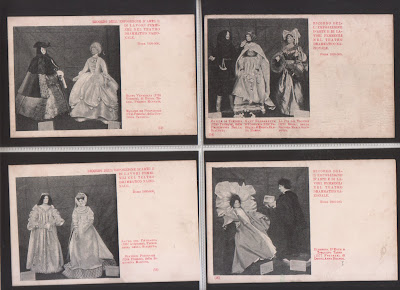 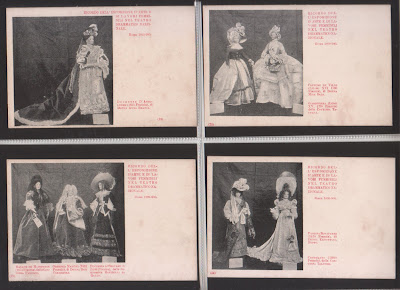 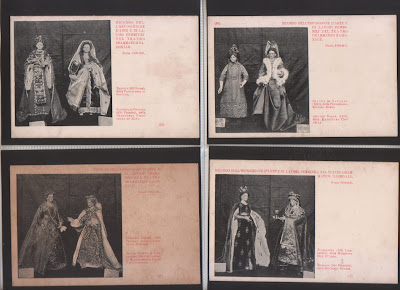 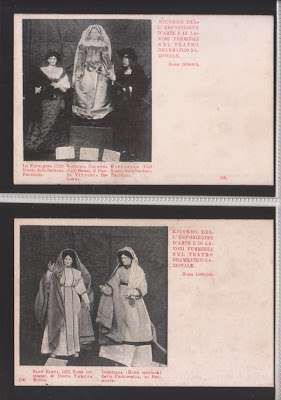 The only thing I can find on the exposition is in the biography of an Italian writer named Amelia Pincherle Rosselli (1870-1954). She was a member of the committee for the exposition. The Fondazione Rosselli has a listing of her personal papers online to peruse and it is here that I find the exposition "inaugurated on April 3, 1902" at the Hotel Suisse in Rome. Since these dates don't correspond with the postcards, I wonder if there was another expo? Unfortunately only some of the documents are online. I will post more at a later date after I have researched some more into this.

Deepest gratitude goes to Claudio once again for the photos!
Posted by Jeanine in Canada at 8:09 PM