For the presentation of Disegni per Merletti e Ricami, Bianca Rosa asked several needlework friends to stitch patterns from the volume in whatever technique they liked. The pieces were then part of a display at the Italia Invita Forum in Parma in May of 2009. The stitched pieces were displayed beside a printout of the pattern chosen from the antique pattern books. It was a delightful display to look at!! (Click on the little photos on the linked page to look closer)

Later in May the works were displayed again in Bologna. It was very difficult to pick which ones to show you so this is a random pick of one design from each author: 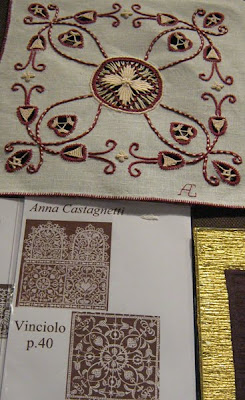 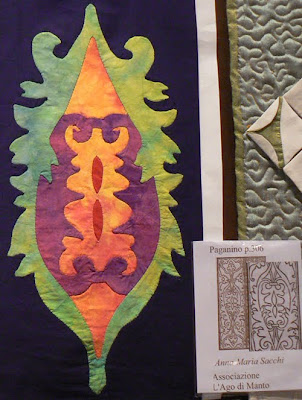 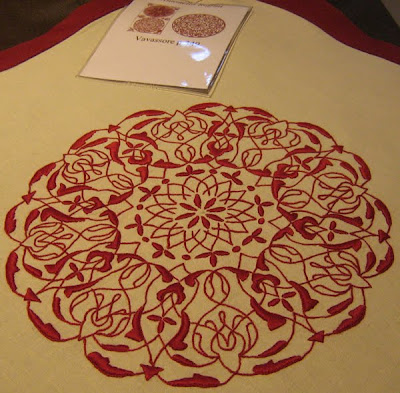 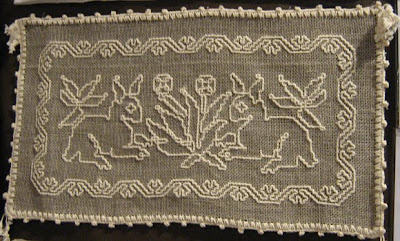 I saw both displays and can tell you that it was fascinating to look at the different interpretations of each pattern. I noticed things in Bologna that I hadn't paid attention to in Parma – I could have looked forever!

You can read more about Elisa Ricci at the Italian Embroidery website Tuttoricamo, click on the British flag for the English pages and look under 'prominent characters'.

Disegni per Merletti e Ricami can be purchased here. (Send an email request.)

Thanks to Elisabetta for the Paganino photo.
Posted by Jeanine in Canada at 8:16 AM