Sardinia has a long and interesting history. It is a place that fascinated me as a child. The rocky terrain and the incredible colour of the sea surrounding it enchanted my imagination and whenever my friends and I played "Prince Valiant", I was always a princess from the Kingdom of Sardinia dressed in native traditional costume. Don't ask me where I got these ideas or why they sparked my interest, all I know is, it has always been a place I have wanted to visit. So far I have never been able to organize a trip, but I am determined to get there eventually.

On Sardinia there are many religious festivals which involve traditional costumes. Needlework plays a big part in these costumes: silk embroidery on shawls... 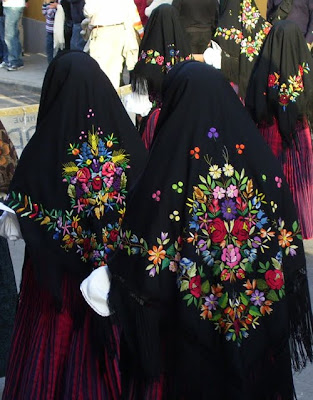 ...white embroidery on the netting of veils... 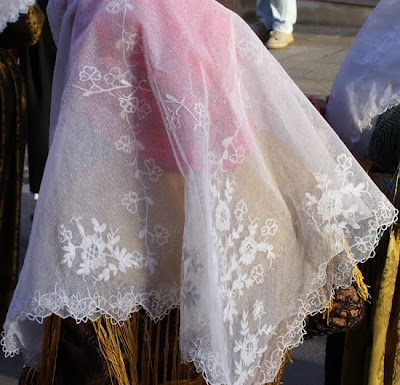 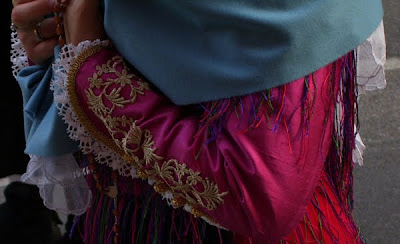 You can download a book on Sardinia's traditional costumes at the Sardinian Digital Library website. While the text is in Italian, it is loaded with photos and art depicting the costumes of the island.

For more information and lots of pictures, go to Tuttoricamo and look under the "Techniques" heading and the "Travels" heading.

Thanks to Renata for the pictures!
Posted by Jeanine in Canada at 4:48 PM