One summer while living in Siena, I went to Medieval Days in Monteriggioni, a small walled town close by. In our makeshift costumes we parked the car in the valley below the town and walked up the hill to the city gates where we had to state our business to the armoured guards just like they did in Medieval times. There were craftsmen and artisans working in various parts of the town (it is very small), rope makers and spinners, woodworkers and sword sharpeners; live theatre in the streets and flame eaters walking around on stilts. Dinner was served in terracotta bowls with a terracotta cup - no utensils (good thing I always carry a Swiss Army Knife) and wash up was performed at the town fountain. My favourite part was the two young boys with a big lantern who ran through town every hour yelling the time and the state of the town: ie. Sono le otto e tutto va bene! [8 o'clock and all's well].

One event I always wanted to go to but have never able to, is the Corteo Storico in Orvieto. This is series of historical parades which happen every year at the beginning of June to celebrate the Miracle of Bolsena of 1263. Over 400 costumed people take part in the parades. There are many medieval banquets held in and around the historical centre with wait staff dressed in period costume.

In 1951 an Italian woman by the name of Lea Pacini had the idea to celebrate the artisans of Orvieto and worked to initiate this wonderful event. Vima deMarchi Micheli shows slides of the Corteo Storico of Orvieto in her lectures and classes. The costumes are amazing!!

I have translated a bit from this website on how the Corteo Storico got started as their English version is not up and running yet:

...In 1337, at the height of his power Herman Monaldeschi, his brother Bertrand, Bishop of Orvieto, had a Corpus Christi reliquary made of gold, silver and enamel, on which eight scenes depict the story of the Miracle of Bolsena. In 1338 the reliquary was first carried in procession on the day of Corpus Christi. This was the first official procession that there is record of.

But it is only in 1951 that, based on the documented presence of twelve armed men as escorts to the reliquary, it was decided to add an element of the ancient civil and military glories of the medieval town to the religious procession.

...One of the most significant ideas was to restore the importance of the anniversary of the miracle through theatrical representation. From 1947 to 1951 in fact, the Institute of Sacred Drama of Rome, realized religious dramas in the Cathedral. The commemoration ended with a reenactment of the highlights of the "Miracle": the celebration of Mass in the crypt of Santa Cristina in Bolsena.

During that time the Institute of Sacred Drama established a "permanent location", with the intention of founding a school of acting. Unfortunately, serious economic difficulties that year ended the initiative.

Disappointment and regret for the cancellation of the prospect of an historic and cultural investment in the city were noted by Lea Pacini whose intervention proved decisive for the beginning of the story of the historical parade.

On a June afternoon in 1951, on the eve of Corpus Christi, Signora Pacini was telephoned by the then bishop, Francesco Pieri who asked her to "invent" something to make the procession more attractive. Signora Pacini contacted the Florentine "Maggio Musicale Fiorentino" and borrowed some costumes to dress the small group accompanying the procession.

Many people of Orvieto still vividly recall the details of the first steps of the Corteo Storico and the intense quiver of excitement they experienced as they awaited the Corteo and the addition of new costumes and new characters, a fascination and a passion that is renewed every year...

Lea Pacini directed the Corteo Storico from 1951 until her death in 1992. She was quoted as saying that she loved it like her own child and she worked very hard to develop and sustain it during the years overcoming every obstacle. She said: [In the beginning] "...the biggest difficulty, unimaginably was to recruit participants. ...not even the peasants wanted to wear costumes, they were not used to it, they didn't have any trust, it seemed to them that they were going to play buffoons." Thanks to Lea Pacini, Orvieto's artisans created authentic costumes and weaponry, standards and flags which are displayed in the Corteo Storico every year. 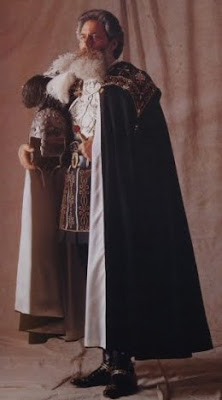 Preparation for the event starts the month before. There are ten people who handle the tailoring of the garments and all work is performed voluntarily.

The longtime collaborator of Lea Pacini, Nicoletta De Angelis took over managing the Corteo Storico upon the death of its creator in 1992. Signora De Angelis initiated the Women's Parade (Corteo delle Dame) and the People's Parade (Corteo del Popolo) a few years later which precede and follow the main Corteo Storico. There are some videos to watch here and lots of photos to look at here. There is also a Facebook group here.