World's Fairs were once an important way to show the world embroideries, laces and other textile arts. Many times prizes won at various fairs are cited in history books as a testament to excellence.

In the 1929 publication on Aemilia Ars needle lace, Merletti e Ricami della Aemilia Ars, there is an entire page dedicated to a list of the prizes won by this outstanding technique. Exhibitions in Italian cities like Milan, Rome, Turin, Genoa and others; France, Belgium, the U.S., Denmark... the list goes on. 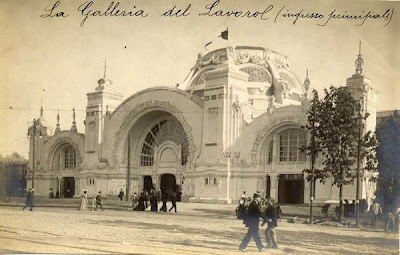 At the 1906 World's Fair in Milan there were actually embroiderers stationed in the Galleria del Lavoro [Work Gallery] hand-stitching souvenirs for fair-goers to purchase.

Here is a worker's pass for an embroideress named Giuseppina Alemanni who worked at the Fair: 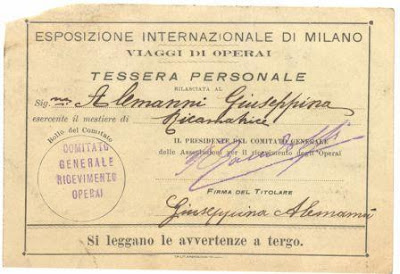 In the Pavilion which housed the Work Gallery there were all kinds of things for which production could be witnessed besides the embroidering of handkerchiefs, like the printing of magazines, the minting of souvenir tokens – to name only a couple. 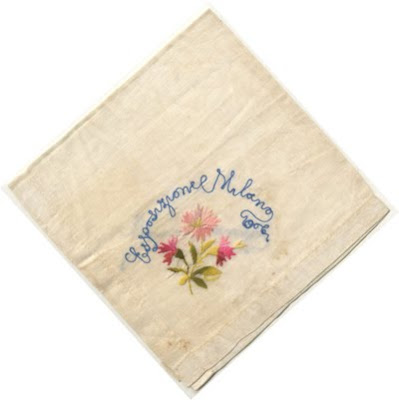 On the embroidered handkerchiefs, besides the Fair's logo or flowers, one could also have one's name hand-embroidered thereby personalizing one's souvenir. 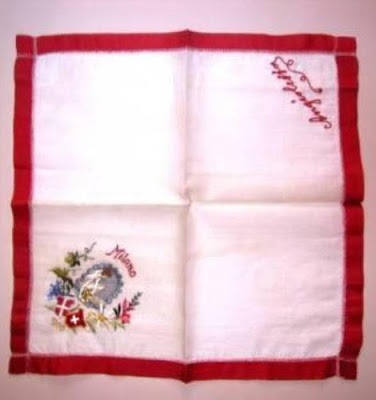 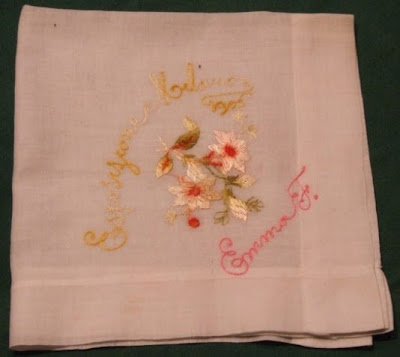 The 1906 World's Fair in Milan saw more than 5 million visitors. How many embroidered souvenirs were made, I cannot guess.

Thanks to Ampelio at the NING group MI1906 for the photos and data, without whom this post would not have been possible!
Posted by Jeanine in Canada at 11:18 AM